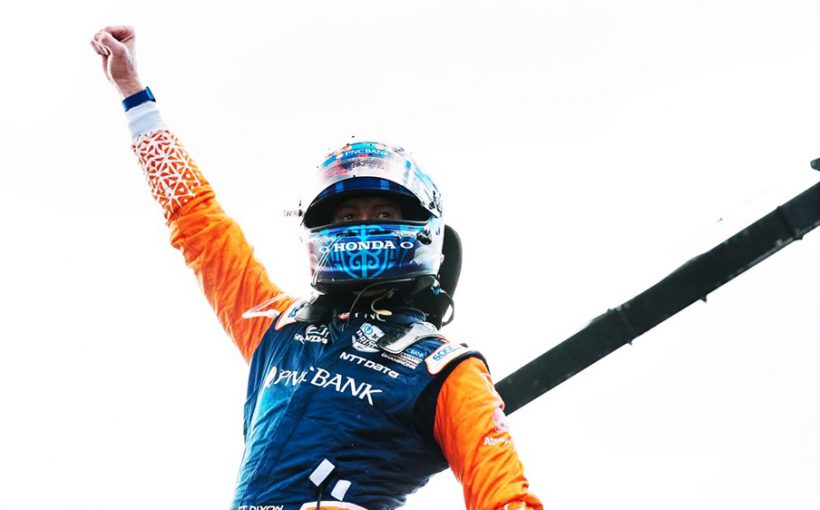 Newgarden won a wild, unpredictable NTT INDYCAR SERIES season finale, the Firestone Grand Prix of St. Petersburg on Sunday, in the No. 1 Hitachi Team Penske Chevrolet amid a head-to-head showdown with Scott Dixon for the series championship.

“It’s never just one thing or one person,” Dixon said. “For me, it’s about the team effort. We had a lot of changes in the offseason. Credit to Josef (Newgarden) and Team Penske. They drove the last part of the season flawlessly and a lot points, so that was pretty awesome to race them again. And we know next year is going to be the same, but huge thanks again to everyone on the team.”

Dixon, who won four times this season, including the first three races of the season, now sits just one title behind the all-time INDYCAR record of seven championships, set by the legendary A.J. Foyt. The championship is the 13th for Chip Ganassi Racing and its second in the last three years. Dixon, 40, who last won the title in 2018, became the first INDYCAR champion age 40 or older since Nigel Mansell in 1993.

“Well, six is good. Seven is better,” Dixon said. “That’s going to be the goal. But it’s tough. As you can see from the competition, even if you mess up just a little bit in qualifying, we had some problems this weekend and just couldn’t piece it together. Credit again to the team and just being able to pull ourselves out of that hole and stay consistent and just have a smooth race, and that’s what we did.”

Newgarden made an impressive charge from eighth on the starting grid to the lead for the first time on a Lap 80 restart in the 100-lap race as he did all he could to win back-to-back titles. Colton Herta led the field to green in the No. 88 Capstone Turbine #ShiftToGreen Honda on the restart, but he came under pressure from Alex Palou in St. Pete’s tricky Turn 1.

Palou briefly took the lead from Herta in the No. 55 Guaranteed Rate Honda before Newgarden made a daring move for the lead heading toward Turn 2, knowing that he had to do everything in his power to try to take the title from Dixon.

Newgarden withstood one more restart and immense pressure from Pato O’Ward in the No. 5 Arrow McLaren SP Chevrolet over the final 20 laps on his way to securing his fourth win of the season. O’Ward ended up second, 4.1409 seconds behind Newgarden.

“No doubt, we didn’t need a full green race, so that played into our favor today,” Newgarden said of the hectic race that included six cautions. “We had the flow of the race we needed, but it wasn’t anything they gave us. We had a solid day. We needed to be fairly quick. I think we had a fairly quick car, and we just had to make some moves. That’s all we could do to try and get to the front. We outlasted everybody and did what we needed to do. We knew coming into this that fate wasn’t in our own hands. We weren’t going to be able to decide things. So, we just did what we could and hoped for the best.

“It’s definitely bittersweet. First off, congratulations to Scott and all his guys, his crew. It’s big time to win six championships. I’m sure they’re thrilled. They’re a great competitor. On one hand, I don’t really know what I could do different this year. I don’t know what I could ask my guys to do different. They were flawless. Fastest in the pits all year long. I’m extremely proud to drive for my team.”

Bourdais crossed the line fourth in the No. 14 AJ Foyt Racing Chevrolet in just his third race with the team before making a full-season effort in the No. 14 in 2021, and Ryan Hunter-Reay rounded out the top five in the No. 28 DHL Honda.

The dramatic conclusion to the season marked the 15th consecutive season that the INDYCAR championship battle came down to the final race.

Meanwhile, 20-year-old Rinus VeeKay easily won the 2020 NTT INDYCAR SERIES Rookie of the Year award. VeeKay, driver of the No. 21 SONAX Chevrolet, clinched the title simply by starting the race.

Dutch driver VeeKay didn’t have a day indicative of his season. On Lap 47, he collided with rookie Scott McLaughlin in the No. 3 Shell V-Power Nitro+ Chevrolet in Turn 1. McLaughlin made contact with Marco Andretti in the No. 98 Curb / AutoNation Honda and spun around, and VeeKay had nowhere to go, hitting the front of McLaughlin’s car.

McLaughlin, who was unveiled Friday as a full-time INDYCAR driver in 2021 with Team Penske, was forced to retire from the race and finished 22nd. VeeKay lost two laps and finished 15th. VeeKay announced Sunday morning he will return to Ed Carpenter Racing in 2021.

The only street course on the 2020 NTT INDYCAR SERIES season, a result of the COVID-19 pandemic, was a dramatic race from start to finish that was not generous to the strongest cars in the field.

Pole sitter Will Power led the first five laps in the No. 12 Verizon Team Penske Chevrolet, but a downshifting issue allowed Alexander Rossi to take the lead in the No. 27 AutoNation / NAPA AUTO PARTS Honda as 2014 NTT INDYCAR SERIES champion Power slowed on Lap 6.

On Lap 36, two-time St. Petersburg winner Power got loose exiting Turn 3 while running fourth and hit the wall. Power pulled off the course in Turn 4, ending his day and finishing 24th.

From there, 2016 Indianapolis 500 presented by Gainbridge winner Rossi dominated the race, leading all but five laps by the time disaster struck on Lap 70.

After pitting from the lead on Lap 66, Rossi was pushing his Andretti Autosport Honda as he waited for green flag pit stops to cycle through. Then, exiting Turn 4, Rossi lost control and hit the inside wall with the front and rear of the car. Rossi finished 21st.

“I just lost it in Turn 3, man,” said Rossi, who was looking to end the season with four consecutive podium finishes. “It’s been tough all weekend. Just human error. Hugely unfortunate. I think the No. 27 AutoNation Andretti Honda guys were phenomenal. Andretti Autosport was phenomenal all weekend. It’s the first time it’s happened to me, to crash from the lead. I don’t know what to say other than sorry to the boys, and we’ll come back next year.”

Trouble also struck Rossi’s Andretti Autosport teammates late in the race. Herta, who ran second most of the race and led as late as Lap 79, overshot corners twice in the race, including once in the final run to the finish. Herta finished 11th but ended the season third in the championship standings.

Meanwhile, James Hinchcliffe, who drove the final three races in the No. 26 Gainbridge Honda, ran in the top five all race long until losing control of his car in Turn 14 under caution with just under 25 laps to go. Hinchcliffe damaged his front wing after contact with Jack Harvey in the No. 60 AutoNation/SiriusXM Honda and finished a disappointing 14th.

The NTT INDYCAR SERIES will enter a brief offseason before the green flag waves on the 2021 season at the same place this year ended: the Firestone Grand Prix of St. Petersburg, March 7, 2021.